A Foutsian Bargain: Freedom Of Information And The City of Warren

In January, he told WWJ that, among other things, he was concerned the identities of citizens who provided him with crime tips could be exposed by FOIA requests for copies of his city email.

Fouts also complained about FOIA in his March State of the City address and again in a May C&G Newspapers article.

So, just how much does FOIA worry Fouts?

To find out Deadline Detroit made our own request, asking Warren for Fouts’ communications about FOIA policies, as well as information about FOIA compliance meetings involving Warren employees, between January 1, 2011 and April 25, 2012, the date of our request.

Warren’s Office of the City Attorney responded in a timely fashion and provided us with what we must assume is a complete accounting of the information requested.

Turns out, Jim Fouts probably wasn’t as concerned with FOIA as his public statements may lead one to believe. Warren has no record of Fouts communicating with anyone about FOIA policy.

This is an important fact because, had he spoken to anyone worthwhile, Fouts would have learned that information identifying informants is exempted from disclosure under Michigan’s FOIA law. It's black-letter law.

His assertion to WWJ that people supplying him with “tips about drug houses or about a complaint about a neighbor, about a city employee” may have their identities compromised is a pure red herring.

In addition to this informant canard, Fouts is fond of citing a request of information about bathroom key card swipes as an example of a silly FOIA that burdens Warren. What he rarely explains is that Warren denied that request for legitimate security reasons, as is permitted under the Freedom of Information Act.

Fouts’ anti-FOIA crusade unravels further, when you take a look at his argument that FOIA compliance is an expensive burden on Warren’s City Attorney. For all his public gripes, our request didn’t yield a single communication either to or from Fouts about the cost of FOIA compliance, in employee time or money.

A meeting, apparently, about nothing

Our FOIA wasn’t completely fruitless. For a cost of $5, we received five pages of emails showing that on the morning of Monday September 26, 2011, 22 Warren employees (mostly department heads and their deputies) were scheduled to attend meetings “to discuss FOIA issues and procedures.” Among those invited to the sessions were City Clerk Paul Wojno and City Attorney James Biernat.

The emails also said: “once the issues are identified and addressed, this office will provide training to all departments.”

Since we assume Warren fully complied with our request, we must assume no formal agendas, no sign-in sheets, no notes or minutes exist from the Sept. 26 meetings.

Our request also asked for copies of any follow-up communications and we received none, so we must also assume no new policies were crafted as a result of the meetings and plans for training sessions must have been scrapped.

Two messages were left for Warren Assistant City Attorney Annette Gattari-Ross last week to follow-up. Our calls were not returned.

Open government is not a political football

It might be easy to dismiss Fouts’ FOIA histrionics as political pandering, but that would be letting him off the hook.

Everyone has a right to it, regardless of their motivation.

It’s not Jim Fouts’ place nor that of any other government official to determine if a FOIA request is silly or not.

Just like annoying pamphleteers are the price paid to ensure everyone has a right to free expression, Warren bureaucrats dealing with “silly” FOIA requests is the cost of open and transparent government.

Frankly, when they’re charging a dollar a page for Xerox copies of emails, the cost to Warren is far cheaper than what the rest of us would end up paying for an opaque government. 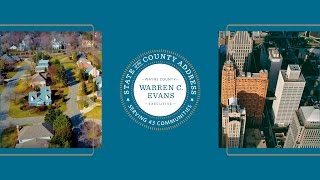